The following subjects are covered in detail further below:

The most recent kobo models (Touch 2, Glo HD, Aura 2, Ckara HD) all have slim/bevelled cases which require a properly moulded/shaped case. These are proving very useful as a good basis for mounting your instrument, yet still allowing easily removal of the instrument after a days flying. An example is shown below – the Kobo very securely clicks in/out and only add around 1mm to the external profile. How to utilise one of these cases in the different disciplines of PG, HG or Gliding is covered below. 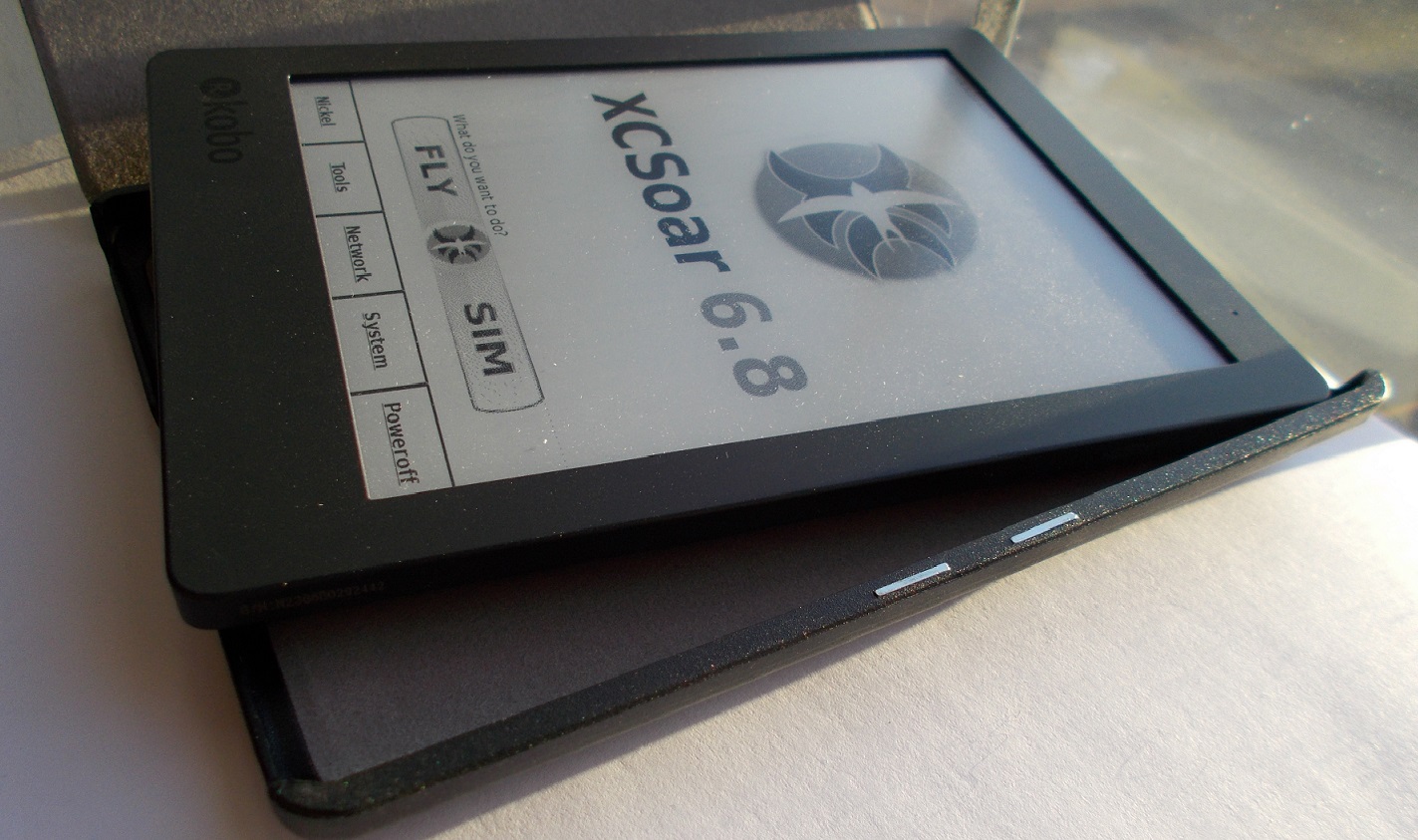 The case makes an excellent starting base for constructing a flight deck. Such mounts are well suited to the basebar of the hang glider by bonding a mount to a shroud that wraps around the top half of the basebar. Weight is so low that attaching the shroud/case assembly (to the basebar) using small lengths of inner tube is proven to be a quick/simple solution, with the added benefit of some ‘give’ during a less-than-perfect arrival. Some examples are shown below 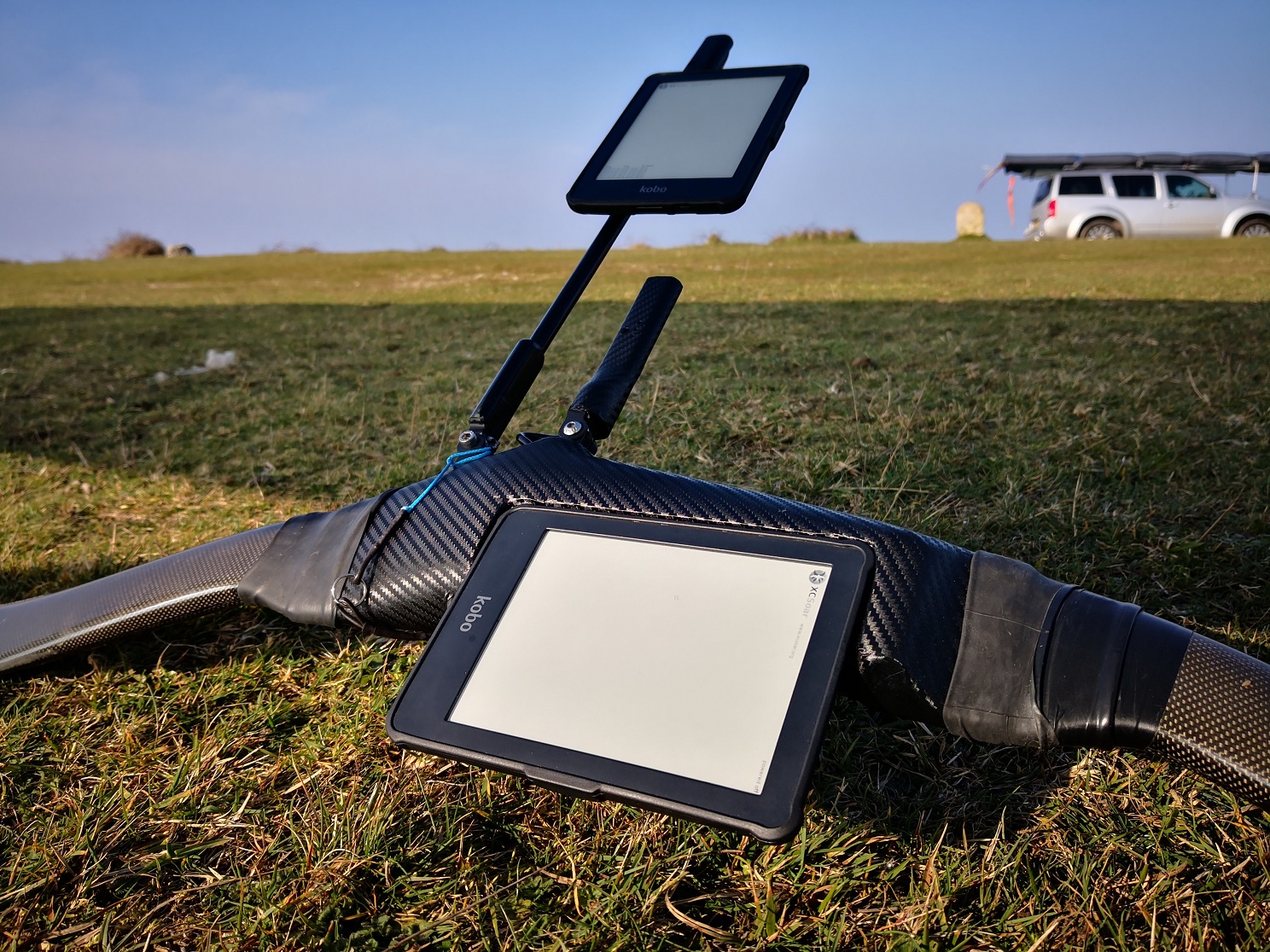 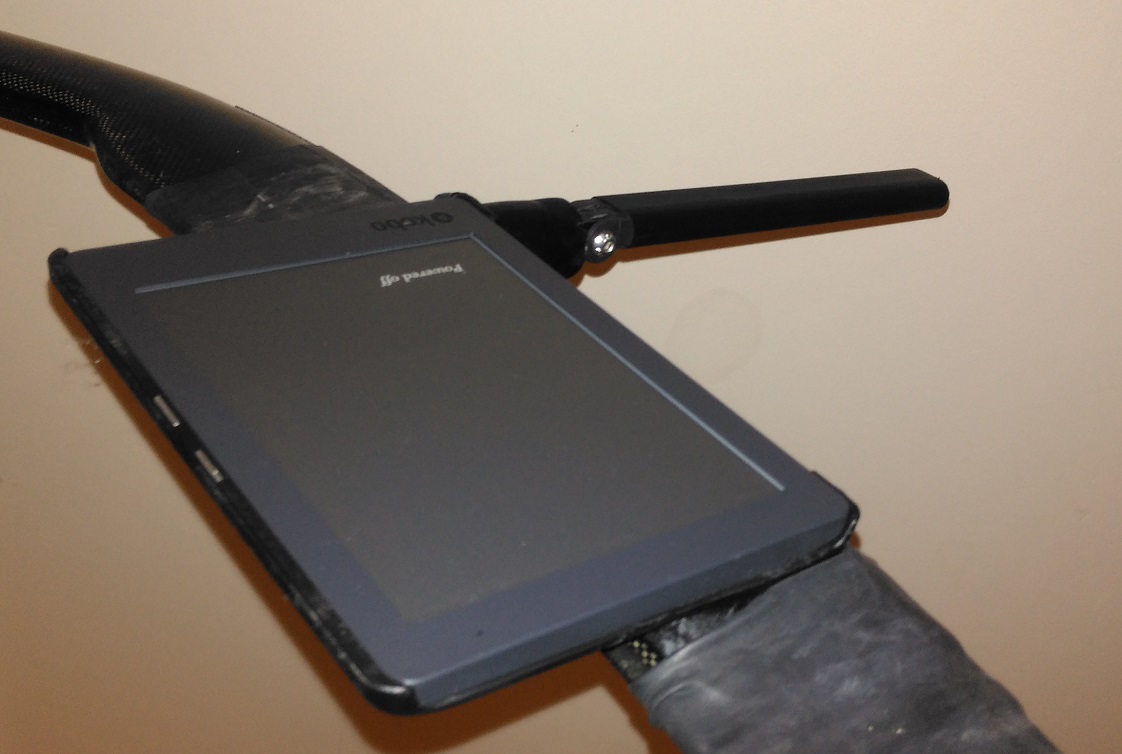 Two options; the first is to simply mount a kobo case directly to the instrument fascia (using something like 3M VHB double sided tape, which is rated at a massive 80 Ib/in so very secure). In the absence of space on the fascia, the light (sub 200 gram) kobo lends itself to using readily available GoPro accessories. An example is shown below; this is a suction mount bendy arm, with a female GoPro clip on the end, which then attaches to male GoPro clip which is then bonded with 3M VHB double sided tape to the Kobo case 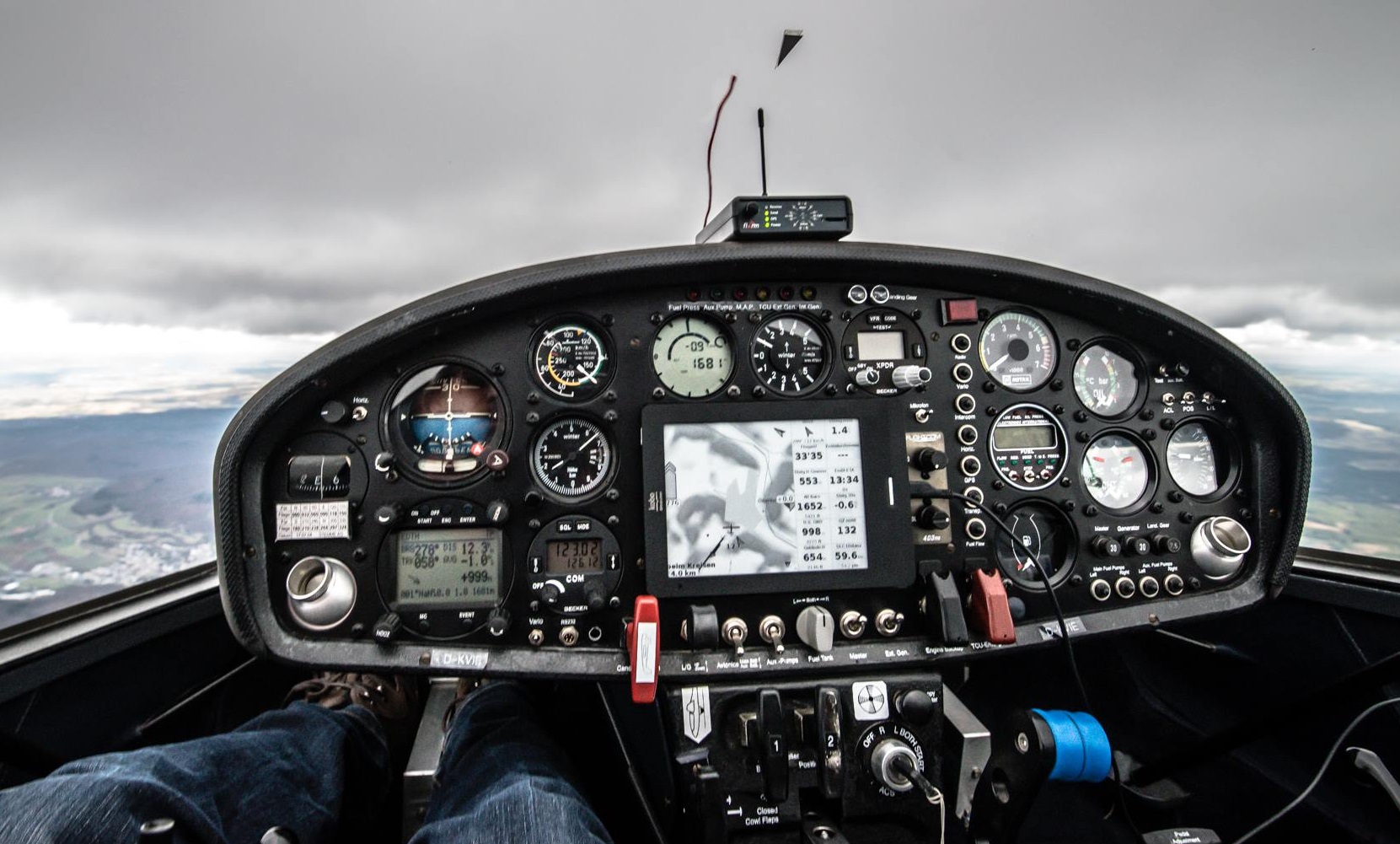 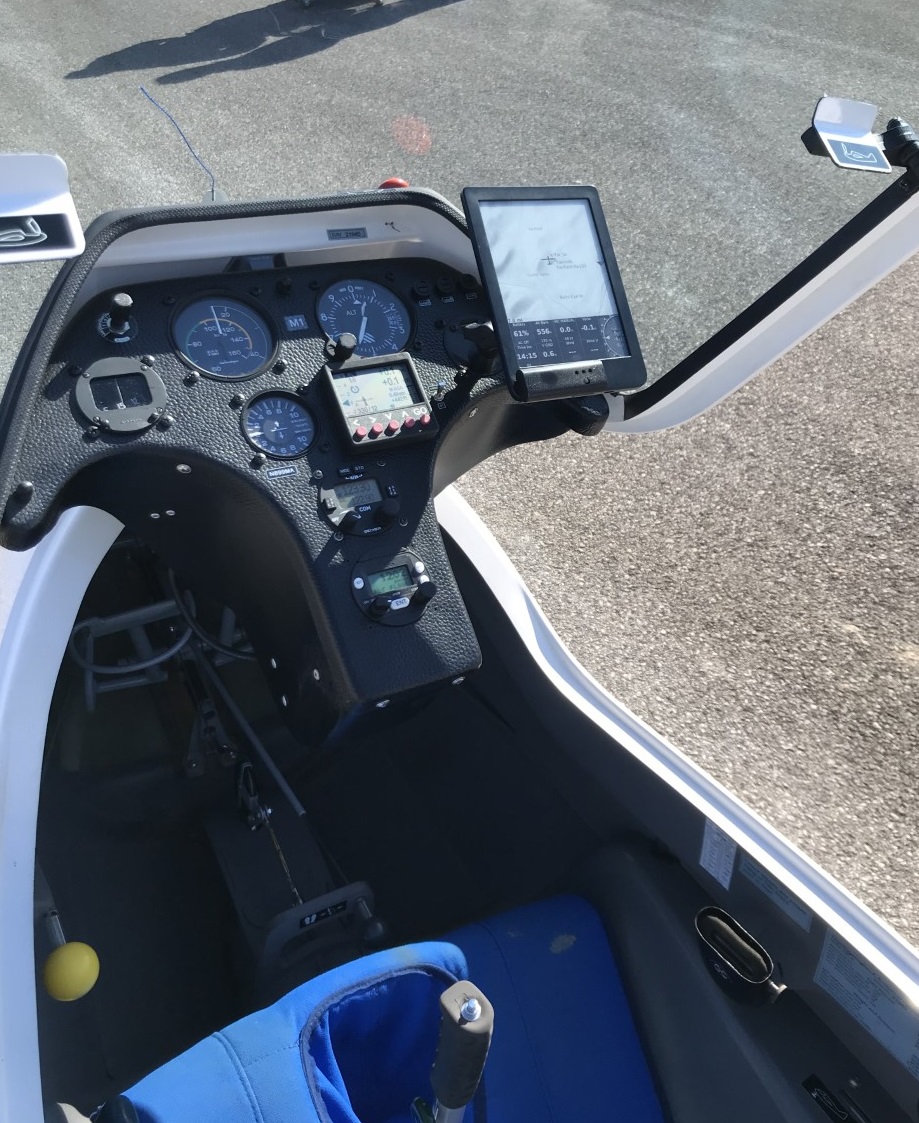 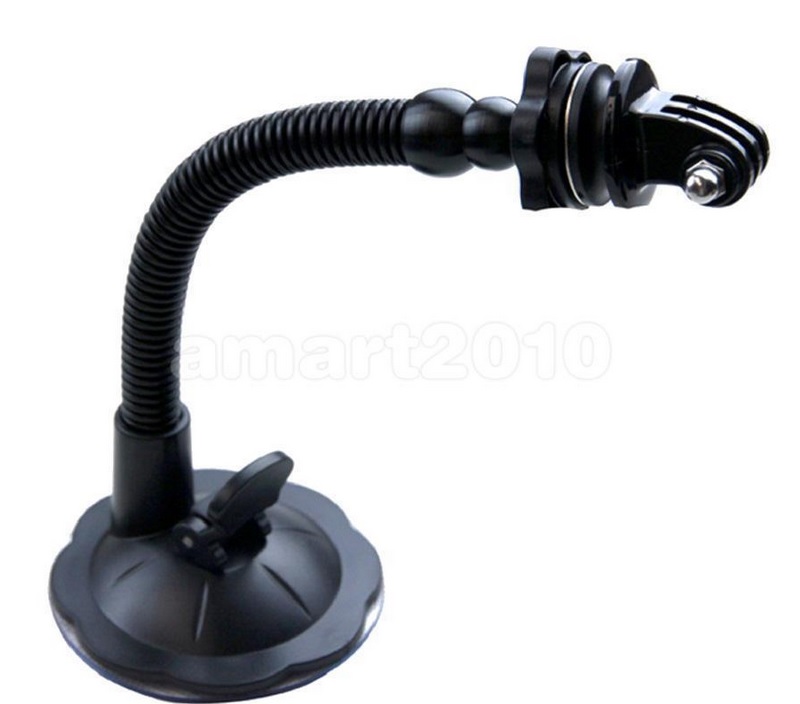 The touch-screen controls on early Kobo’s were Infrared which can be operated with any physical object, and hence HG/PG pilots could use these ‘gloves on’. During the last few years, Kobo have transitioned their model range to using Capacitive screens (e.g. like most mobile & tablet screens) which will not work with conventional gloves. There are three solutions to this issue: Use capacitive gloves, Use ‘Capactive thread’ sewn into the finger end(s) of conventional gloves, or use a capacitive stylus. North face ‘eTip’ capactive gloves work well, but so does the (proper) capacitive thread solution, with the added advantage that you now have a useful ‘pointer’ on the end of you finger for fine control.

Here is a good guide to using capacitive thread . Contrary to these instructions, I have found sewing ‘straight through’ the glove fingers works well, as most ski-type gloves don’t seem towant to turn inside out